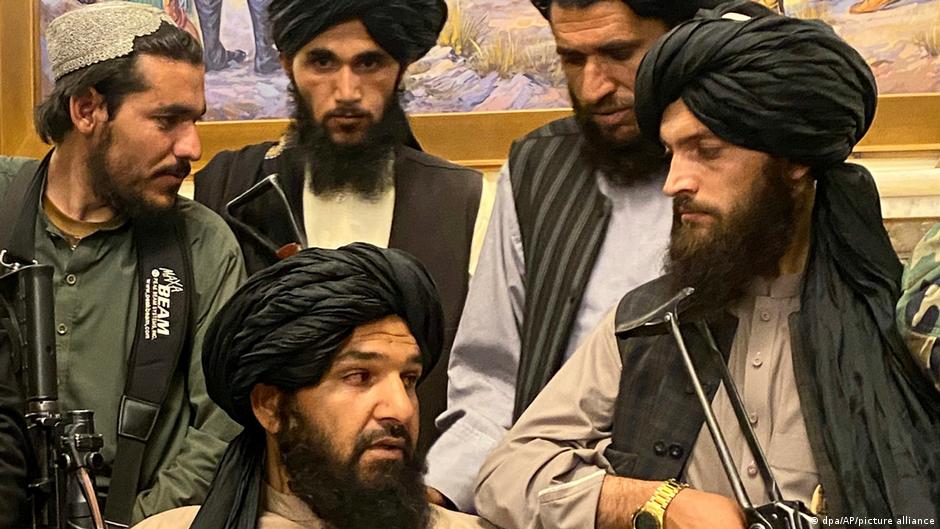 Last week’s suicide bombing near Kabul’s airport, which killed at least 170 civilians and 13 members of the U.S. military, raises alarming questions about the Taliban’s ability to provide security in Afghanistan as well as the country’s risk of becoming fertile ground for transnational terrorism. The Islamic State claimed responsibility for the attacks on behalf of its local affiliate in Afghanistan.

Coming so soon after the Taliban’s swift victory over the U.S.-backed government in Afghanistan, attacks by the Islamic State-Khorasan represents a direct challenge to Kabul’s new rulers.

Islamic State-Khorasan considers the Taliban “apostates” and agents of the United States and doubts whether they will implement Islamic law as puritanically and harshly as the Islamic State did in Syria and Iraq from 2014 until 2019. In its first official statement on the Taliban takeover in weekly paper al-Naba, the Islamic State said theTaliban did not win Afghanistan through jihad or armed struggle but through collusion with the Americans. The commentary hinted the group will militarily resist Talibanrule.

As a bitter rival of the Taliban, Islamic State-Khorasan aims to humiliate the movement and undermine their nascent rule. The Taliban are the primary target. Islamic State-Khorasan also wants to exact vengeance against the U.S-led coalition in Afghanistan, thus striking two enemies in one blow, while gaining new recruits and appealing to Islamist militants worldwide.

The bad news for the Afghan people and the world is this will not be the first nor last attack by the Islamic State-Khorasan in Afghanistan. A United Nations report in June concluded that in the first four months of this year, the group carried out 77 attacks in Afghanistan against civilians, government officials, and the Taliban—up from 21 attacks in the same period last year.

Since 2015, the Taliban and Islamic State-Khorasan have engaged in a fierce battle for hegemony in Afghanistan, particularly in the eastern Nangarhar province. The clash is not just about turf and control but also a greater struggle about the militant Islamist movement’s leadership and its theological purity.

The Taliban will establish a repressive religious theocracy in Afghanistan with no global ambitions or agenda. In contrast, the Islamic State has anointed itself as the spiritual and political leader of the global Muslim community (or ummah) and seeks to spread its revolutionary vision everywhere. It insists all Islamist groups, including al Qaeda and the Taliban, pledge allegiance to its authority as the true vanguard and the continuation of the first Islamic state in 7th century Arabia.

In 2013, the Islamic State declared all-out war against al Qaeda because the latter had refused to unilaterally dissolve itself and merge with the newly declared Islamic State in Iraq and Syria. Similarly, the group extended its geographic reach to Afghanistan in 2015 and challenged the Taliban militarily, though it suffered a major setback at the hands of the Taliban by 2017.

Interestingly, the Taliban and the U.S. military at times informally joined ranks against the Islamic State, crippling its local affiliate by killing many of its hardened lieutenants by 2019. Despite these operational setbacks, the Islamic State-Khorasan still poses a lethal threat in Afghanistan, possessing about 1,500 to 2,200 combatants, according to the U.N. report and the Council on Foreign Relations. Since June 2020, a new charismatic commander called Shahab al-Muhajir has revived the group by providing leadership and actively recruiting discontented Taliban fighters and other militants from South and Central Asia.

After U.S.-led coalition forces leave Kabul, Islamic State-Khorasan will redouble its efforts to wreak havoc in Afghanistan and prevent the Taliban from consolidating their rule. Given the disparity in power between the two organizations, Islamic State-Khorasan will most likely be crushed by a militarily superior Taliban. But ideologically, it will exert pressure on the Taliban, which will have to accommodate the hard-liners in its ranks and keep them from defecting to its nemesis.

At this point, Islamic State-Khorasan does not have the capacity to conduct major attacks against the United States and its Western allies, though it might be able to do so against neighboring Pakistan, Central Asian countries, China, and Iran.

In contrast to Islamic State-Khorasan, al Qaeda’s affiliates in Syria, Yemen, the Sahel, the Sinai Peninsula, and beyond celebrated the Taliban takeover as an inspiration and an example for all militant Islamists. There is no denying the links between the Taliban and al Qaeda go back to the late 1990s. Far from broken after the toppling of the Taliban in 2001, the ties between the two movements deepened through ideological sympathy and shared struggle.

For example, the powerful Haqqani network within the Taliban has a long-standing association with al Qaeda, helping co-founder Osama bin Laden and other commanders escape Afghanistan when U.S. forces were closing in on him in the Battle of Tora Bora in 2001. Included on the United Nations and the U.S. Department of Treasury terrorist list, Khalil al-Rahman Haqqani was just appointed by the Taliban as their new chief of security in Kabul.

It could be argued that placing the security of the Afghan capital in the hands of senior members of the Haqqani network undercuts the Taliban’s commitment in Doha as they would not allow al Qaeda or other militants to operate in areas they controlled.

However, in Doha, the Taliban were describing a course of action that was—and remains—in their own interest. They want to cement their control over Afghanistan and gain international recognition and legitimacy. Allowing al Qaeda and other foreign fighters to operate from Afghanistan would not advance these objectives.

After all, it was al Qaeda’s 9/11 attack on the United States that sent the Taliban into exile in the first place. They may be back in power, but it took 20 years, and they are not about to risk what they have regained. Upholding this commitment will be a major challenge for the Taliban going forward given the presence of thousands of militant foreign fighters who have poured into Afghanistan in recent months from neighboring countries.

The debate over whether al Qaeda and the Islamic State will now use Afghanistan as a base from which to strike the U.S. homeland overlooks four facts: al Qaeda in Afghanistan is a skeleton of its former self; transnational Islamism had metastasized beyond Afghanistan into the Middle East, the Sahel, Africa, and South Asia; security in Western countries is much better, making such attacks harder; and finally, there is an analytical distortion that imposes the past on the present in terms of Western understandings of the Taliban.

The fear that terrorist groups could rise up again in Afghanistan should not blind analysts to the humanitarian catastrophe unfolding in this war-torn country. The West has a moral responsibility not to abandon Afghans. Left to their own devices, the Taliban will be unable to provide the country’s people with either stability or basic goods and services. They are not equipped by temperament and experience to govern a war-ravaged country of almost 40 million people that suffers from severe economic and social crises.

As agreed in the G-7 meeting last week, rich countries should offer the Taliban a road map to recognition based on conditional engagement. The goal is to moderate the Taliban’s conduct at home and protect the social gains of the last 20 years, especially in the area of female education and human rights. Another goal is to help the Taliban tackle the presence of thousands of militant foreign fighters who could poison Afghanistan’s relations with its neighbors.

Although this is a tall order, abandoning Afghanistan is not an alternative. This will only create conditions that will benefit religious militancy and terrorist groups and further impoverish the long-suffering people of Afghanistan.

Fawaz A. Gerges is a professor of international relations at the London School of Economics and Political Science. He is the author of several books, including ISIS: A History.

Fawaz A. Gerges is Professor of International Relations at the London School of Economics and political Science – LSE, and holder of the Emirates Professorship in Contemporary Middle East Studies. He was also the inaugural Director of the LSE Middle East Centre from 2010 until 2013. Professor Fawaz A. Gerges’ most recent books include Contentious Politics in the Middle East: Popular Resistance and Marginalised Activism beyond the Arab Uprisings (Palgrave Macmillan, September 2015); The New Middle East: Protest and Revolution in the Arab World (Cambridge University Press, January 2014) and Obama and the Middle East: The End of America’s Moment? (Palgrave Macmillan, September 2013). On the ten-year anniversary of 9/11 , Oxford University Press released Professor Fawaz A. Gerges’ book, The Rise and Fall of Al Qaeda. Gerges’ New Book: Making the Arab World: Nasser, Qutb and the Clash That Shaped the Middle East (Princeton University Press, March 2018). Gerges’ Upcoming Book: The Hundred-Year-War for Control of the Middle East, 1918-2018 (Princeton University Press, 2019).
PrevNext
We use cookies on our website to give you the most relevant experience by remembering your preferences and repeat visits. By clicking “Accept”, you consent to the use of ALL the cookies.
Cookie settingsACCEPT
Manage consent