Home > About us > History

CERIS was established in 1985 upon the initiative of University professors, diplomats and senior civil servants…

The CERIS “Centre d’Etudes des Relations Internationales & Stratégiques” was established in 1985 upon the initiative of a group of university professors, diplomats and senior civil servants. Its objective was to promote research and post graduate executive education in the field of Politics, International Relations and Development Policy. In 2000 CERIS became “Centre Européen de Recherches Internationales & Stratgégiques“. In 2018 CERIS & ULB “Université Libre de Bruxelles” have concluded a privileged partnership and transformed CERIS into an International Centre called “CERIS-ULB Diplomatic School of Brussels” dedicated to postgraduate training in the fields of International Relations, Development Policy and Diplomacy. The agreement provides for the common issuance of recognized CERIS-ULB certificate.

CERIS is a postgraduate school that provides Executive masters, designed for professionals. In 1988, CERIS launched its Executive Master in International Politics (MAIP), designed specifically for diplomats, international civil servants, corporate executives and journalists. Twenty years later, in 2008, CERIS introduced its Executive Master in Governance and Development Policy (MADEV); Over the years, the programs have been completed by tailor-made intensive courses devoted to issues such as the external action of the EU, public diplomacy, conflict management, peacekeeping & security studies, Strategic Negotiation, Strategic Negotiating with Chinese, Strategic Crisis Management and Strategic Communication.

The founding father and architect of the original project is H.E. Mr. Alfred Cahen (General Director of policy at the ministry of foreign affairs from 1979 to 1985, General Secretary of the Western European Union from 1985 to 1989 and Ambassador of the Belgian Kingdom to France, until 1996). As a result, our center has always maintained a privileged position within the Diplomatic sphere and with International Institutions based in Brussels. Finally, H.E. Mr. Alfred Cahen left a significant footprint in international diplomacy simultaneously in his capacity of Professor of International Relations, at the free University of Brussels, and as a Senior Belgian diplomat. This explains our commitment to the promotion of higher education at the highest-level base on both international relations’ theory and on practice engaged in current events and geopolitics.

Indeed, as CERIS’ first President (1985-2000), Alfred Cahen has played a crucial role in the creation of CERIS and in the scientific orientation of our academic program. As a first rate diplomat and teacher he was ideally placed to shape CERIS as a place of higher learning in international relations and development. He personified CERIS’ pedagogic philosophy which is based on the mixture of diversified academic teaching by professors from the very best universities and presentations by top practitioners of international relations and diplomacy. Ambassador Cahen’s diplomatic and international career spanned four decades and was articulated around two major themes. In the first place Africa and more specifically the Great Lakes region and the Democratic Republic of the Congo. In the second place multilateral security relations in the framework of the EU and NATO, in casu the West European Defense Organization (WEU), of which he was the Secretary General from 1985 to 1989. Alfred Cahen’s course in International Relations at the Université Libre de Bruxelles was highly reputed and much lovedby its students, because of the way Cahen mixed elements of his diplomatic experience and his personal reminiscences of historical personalities such as Henry Kissinger, Andrei Gromyko or Mobutu Sese Seko, and his more theoretic teachings. His unrivaled network of international contacts included Bill Clinton, Anouar El-Sadat and François Mitterrand. The role he personally played in NATO and the EU, two Brussels based institutions, has helped CERIS to develop a strong Brussels identity grounded in the Université Libre de Bruxelles, his Alma Mater.

After his untimely death in 2000, Ambassador Alfred Cahen was succeeded as President of CERIS by Mr. Georges Delcoigne (2000-2016), who had been a senior international civil servant of the International Atomic Agency (IAEA) in Vienna. Georges Delcoigne came from a well-connected Brussels family. indeed, his namesake Georges Delcoigne, the famous “Art Nouveau” architect, was his great grandfather and Victor Horta’s best friend. The international DNA of CERIS as well as the strong link with Brussels were thus preserved. Since 2016, the function of President of CERIS has been split in an executive role (General Assembly, Board) and an academic/scientific function. 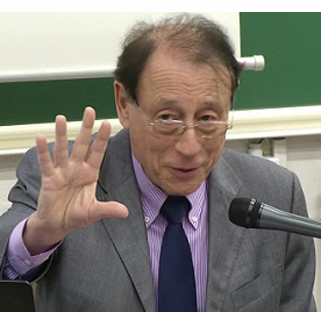 Professor Guy Olivier Faure is the President of the Executive Board of CERIS (since 2022). He is an expert in the field of International Negotiation. He was teaching Sociology at Sorbonne University. He is a senior researcher at CEIBS, Shanghai. He has also been visiting professor in a significant number of Universities all over the world. He has lectured in various countries in Europe, the US, China, and Latin America. Professor Guy Olivier Faure has authored, co-authored, and edited 23 books and over 140 articles. His works have been published in twelve different languages. He is referenced in the Diplomat’s Dictionary published by the United States Peace Press, Washington, 1997. His publications include: How people negotiate: resolving disputes in different cultures, Negotiating with terrorists: strategy tactics and politics (with W. Zartman), Culture and Negotiation (with J. Rubin), Escalation and negotiation (with W. Zartman), Jordanie: Une diplomatie arabe dans le monde, (with J. Al Shalabi and P. Blanc). He is a member of the editorial board of three major international journals: Negotiation Journal (Harvard, Cambridge); Group Decision and Negotiation (New York); International Negotiation (Washington). [read more]

Since 2016 Professor Marc Bossuyt has been the President of the Academic and Scientific Board of CERIS. He is Doctor in Law of Ghent University and Doctor in Political Science of the University of Geneva. He taught international law and is now an honorary professor of Antwerp University. He specialized in international law and is a renowned human rights lawyer. In that context he was a member (1981 to 2006) and president (2006) of the U.N. Sub-commission for the Protection and Promotion of Human Rights. From 1986 to 1991 he was a member and President of the Human Rights Commission of the United Nations and is a member of the U.N-Comity for the Elimination of Racial Discrimination. He is currently member of the Permanent Court of Arbitration (since 2004) and an emeritus president of Belgium’s Constitutional Court. Marc Bossuyt was the Belgian General Commissioner for Refugees and Stateless People (1987-1997).  [read more] 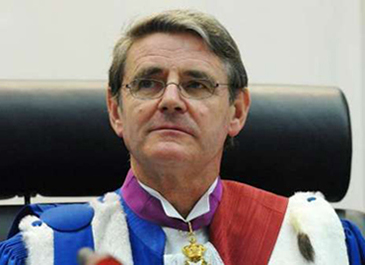 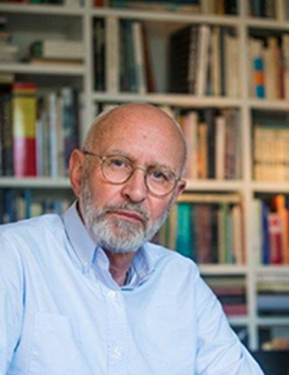 Ambassador Jan De Bock was the Executive President of CERIS from 2016 to 2022. Jan De Bock entered the Belgian diplomatic service in 1975 and has served successively in Vienna (IAEA & UNIDO), Geneva (specialized U.N. agencies  World Health Organization and International Labour Organization), in Moscow at the end of the Soviet Union, New York and in Bonn/Berlin, at the moment of German reunification. He was Belgium’s Deputy Permanent Representative to the EU and later served five years as Ambassador & Permanent Representative to the European Union (2002-2007). From 1993 to 2002 he was Chief of Cabinet to three Belgian Foreign Ministers and General Secretary of the Belgian Foreign Ministry. In 2007 he was appointed Belgian Ambassador to the Italian Republic and Permanent Representative to the UN Food and Agricultural Organization (FAO) and in 2011 Ambassador to the Kingdom of Spain and the Republic of Andorra. After his return to Belgium in 2014, Jan De Bock was appointed International Secretary of the Flemish Socialist Party, in charge of European and international affairs. Jan De Bock regularly contributes to debates and publications on European and international questions. He was co-founder of the Brussels Egmont Institute and initiated the rapprochement of CERIS and the Brussels Regional Government and its further involvement with the Free University of Brussels (ULB).

Over its 35 year history, CERIS and its successive presidents have evolved in parallel with the general transformation of the political and diplomatic events in the world. Whereas Ambassador Cahen’s presidency was very much influenced by the Cold War – as a matter of course in its East-West dimension, but also as far as Central Africa was concerned – the Presidents who served after him, were very much part of a multi-dimensional post-Cold War world. Ambassador De Bock was an actor and theoretician of that society. He witnessed from close by the implosion and falling apart of the Soviet Union (1985-1991) and in 1997 an event that has had a far reaching consequences for the world: the chess victory in a 6 games match by “Deep Blue”, the Artificial Intelligence chess program over Gary Kasparov, the world champion. CERIS’s programs are in the first place geared towards strategic concepts and a geo-economic and a geopolitical explanations of our contemporary world, but also towards deep long-term tendencies and the influence of new technological evolutions on International Relations, the economy and development. 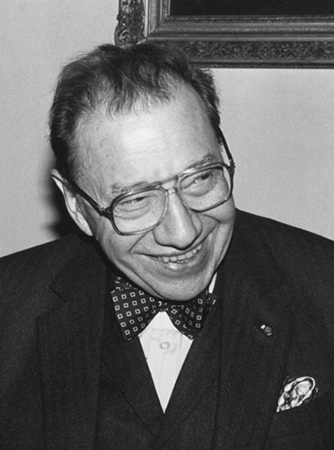 H.E. Alfred Cahen (Ixelles, 28 September 1929 – Brussels, 19 April 2000) was a belgian diplomat and the first president of CERIS. He graduated from the faculty of Law of the ULB “Université Libre de Bruxelles” in 1953. H.E Alfred Cahen entered the ministry of Foreign affairs in 1956 and was assigned at the Belgian delegation to the OECD (1959-62), at Belgian embassy in Kinshasa (1962-64 & 1970-74), Washington (1974-77) and in between at the Belgian delegation to the UN (1966-68). In 1977 he served as Head of the private office of Minister of Foreign affairs and was appointed from 1979 to 1985 as Political Director at the Ministry of Foreign Affairs. He became the Secretary general of the WEU “Western European Union” (1985-89) and served as Ambassador of Belgium in France from 1989 to 1997. When he was at WEU he formulated the so-called “Cahen doctrine”, stating that only member states of both the European Community and NATO could apply for membership at the WEU. The “Cahen doctrine” formulated at end of the cold war, was made more flexible after the Maastricht (1991) and Kirchberg (1994) declarations of the Council of Ministers of the WEU. After is retirement in 1997 H.E. Alfred Cahen was Secretay General of the Atlantic Traety Association. H.E. Alfred Cahen has been professor of International politics at (ULB) Free University of Brussels from 1979 to 1994. In 1985 he co-founded, together with Robert Anciaux and Georges Delcoigne, the CERIS. He served as president of CERIS from 1985 to 2000. In honnor to his memory, the Academic Board of CERIS will inaugurate the “Alfred Cahen Lecture Hall” in October 2011 and the “Alfred Cahen Prize” dedicated to the best CERIS academic year research paper or thesis.