Home > About us > Executive Board 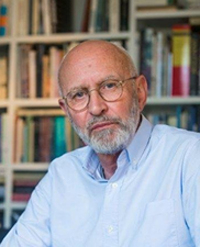 His Excellency Ambassador Jan De Bock is the President of the Executive Board of Ceris (since 2016). H.E. Ambassador Jan De Bock entered the Belgian diplomatic service in 1975 and served as a high-ranking official in Vienna, Geneva (UN Specialized Agencies, including ILO & WHO), Moscow, New York and Bonn until 1992. He was also Deputy Permanent Representative to the EU between 1992 and 1994 and later served as Chief of Cabinet to the Belgian Foreign Minister (1994-1997), Secretary General of the Belgian Foreign Ministry (1997-2002) and Permanent Representative to the EU (2002-2007). He subsequently served in Rome as Belgian Ambassador to Italy, Albania, San Marino and Permanent Representative to FAO (2007-2011) and in Madrid as Belgian Ambassador to Spain and Andorra (2011-2014). H.E. Ambassador Jan De Bock constantly contributes to the debate on European themes through articles and speeches. In June 2015 he was appointed International Secretary of the Flemish Socialist Party with the role of advisor for European and international affairs. 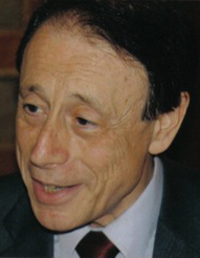 Professor Guy Olivier Faure is an expert in the field of International Negotiation. He is a Professor of Sociology at the Sorbonne University, Paris V, Department of Social Sciences. He is also a visiting professor in a significant number of Universities all over the world. He lectured in various countries in Europe, in the US, in China and Latin America. His works have been received very well by the public and have been translated in nine languages. Professor Guy Olivier Faure has authored, co-authored and edited 19 books and over 120 articles. His works have been published in twelve different languages. He is referenced in the Diplomat’s Dictionary published by the United States Peace Press, Washington, 1997. His publications including: Negotiating with terrorists: strategy tactics and politics (Taylor & Francis Group, 2010, co authored by William Zartman), La Negociation: regards sur sa diversité (Publibook, 2005), How people negotiate: resolving disputes in different cultures (Springer, 2003), etc. Moreover, he is a member of the editorial board of three major international journals: Negotiation Journal (Harvard, Cambridge); Group Decision and Negotiation (New York); International Negotiation (Washington). [read more] 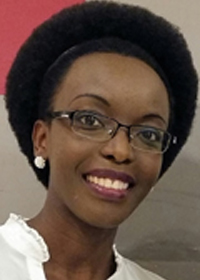 Mrs Nadia Karorero is the General Secretary of CERIS (since 2016), Co-Director and founding Member of the Diplomatic School. Prior to this, she was the Academic Manager of CERIS (2009-2016) and academic assistant at CERIS (2004-2009). She has more than 15 years of experience in the continuing education addressed to diplomats and international civil servants. Currently, she is responsible for the daily management of CERIS and coordinates the executive programmes organised by the School. Mrs Nadia Karorero has a solid expertise in the design and development of executive programmes in the field of international relations, development policy and diplomacy. She equally organizes the ” Executive Master in Governance & Development Policy ” that she has initiated in 2008 and deals with the participant recruitment strategy, the Alumni network as well as the relations with embassies, international organisations and universities. Mrs Nadia Karorero graduated in International relations from the Catholic University of Louvain-La-Neuve (UCLouvain). 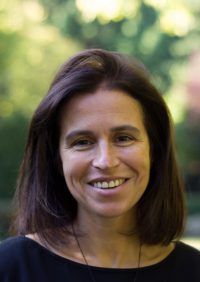 Anne Weyembergh is Professor at the Université Libre de Bruxelles (ULB) and President of the Institute for European Studies of the ULB – IEE (since 2014). She founded and co-coordinates the European Criminal Law Academic Network (ECLAN) since November 2004. She is a Member of the Académie Royale des Sciences, des Lettres et des Beaux-Arts de Belgique (since 2017 – Classe des Lettres et des Sciences morales et politiques). Anne Weyembergh is Vice-Rector of ULB for External Relations and Development Cooperation since 2020. She has coordinated numerous research projects: IEE-ULB/Jean Monnet Center of Excellence, focusing on solidarity in the EU (Sept. 2016 – Sept. 2019); GEM-STONES (Globalisation, Europe and Multilateralism – Sophistication of the Transnational Order, Networks & European Strategies), including Marie Skłodowska-Curie Actions (2016-2020). She is currently co-supervising (with John Spencer and Nicky Padfield, University of Cambridge) a project addressing the impact of mutual recognition in criminal matters on the right to liberty in Europe, financed by the Wiener-Anspach Foundation (2016-2018). She acted as an academic expert in various research projects for Committees of the European Parliament, most of them concerning EU criminal law. [read more] 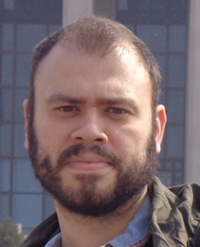 Professor Christian Olsson is Lecturer in International Relations at Université Libre de Bruxelles (ULB), affiliated to its REPI research unit. He is associate editor of French journal of international political sociology Cultures & Conflits. Drawing in particular on (critical) security studies and sociological approaches, his research focuses on the colonial genealogies of contemporary military doctrine, the historical sociology of security practices and the role of private military companies in recent overseas military interventions, especially in Afghanistan and Iraq where he has carried out field-research. His recent publications include: ‘“Legitimate Violence” in the Prose of Counterinsurgency: An Impossible Necessity?’ (Alternatives: Global, Local, Political, May 2013). Domaines d’intérêt: Relations Internationales, Guerre, Conflits, Sécurité, Sociologie Politique de l’International. [read more] 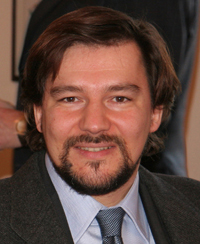 Mr Nicolas Cornil is the Co-Director and founding member of the Diplomatic School. Prior to this, he was Project Manager of CERIS (2005-2016). He is responsible for the daily management of CERIS and its programs. He is the coordinator for various inter university or internal development projects. He was responsible for organizing a number of educational programs in cooperation with the EU. He is the project manager for the numerous partnerships of CERIS with other institutions. He is the initiator of the “Journal of International & Strategic Studies” published by Ceris. This journal is an innovative tool dedicated to the latest research in the field of international relations and development. Mr. Cornil has also developed socio-economic development projects for emerginig countries and supported by CERIS.