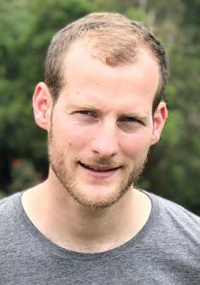 Thesis : Deconstructing the Business of Terrorism

Mr. Georges Ortmann started his career as a consultant with Ernst & Young (EY) Belgium. At EY, he focused on public sector and not-for-profit clients, successfully completing missions in the fields of public finance, economic analysis and organizational strategy for national and regional governments, as well as international institutions and not-for-profit foundations. After three years with EY, Georges decided to move into areas that would allow him to maximize the societal impact of his work. He recently joined Telos Impact, which is a small boutique advisory firm based in Brussels, active in the fields of Venture Philanthropy and Impact Investing. Georges holds a Master in Business Engineering from Solvay Brussels School of Economics & Management and an Executive Master in International Politics from CERIS. As a native from the German-speaking community of Belgium, and having spent time in South America during his studies, he is fluent in German, French and English, and is conversational in Dutch and Spanish.