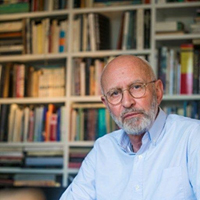 President of the Executive Board of Ceris

His Excellency Ambassador Jan De Bock is the President of the Executive Board of Ceris (since 2016). H.E. Ambassador Jan De Bock entered the Belgian diplomatic service in 1975 and served as a high-ranking official in Vienna, Geneva (UN Specialized Agencies, including ILO & WHO), Moscow, New York and Bonn until 1992. He was also Deputy Permanent Representative to the EU between 1992 and 1994 and later served as Chief of Cabinet to the Belgian Foreign Minister (1994-1997), Secretary General of the Belgian Foreign Ministry (1997-2002) and Permanent Representative to the EU (2002-2007). He subsequently served in Rome as Belgian Ambassador to Italy, Albania, San Marino and Permanent Representative to FAO (2007-2011) and in Madrid as Belgian Ambassador to Spain and Andorra (2011-2014). H.E. Ambassador Jan De Bock constantly contributes to the debate on European themes through articles and speeches. In June 2015 he was appointed International Secretary of the Flemish Socialist Party with the role of advisor for European and international affairs.