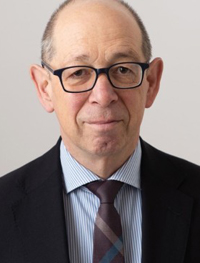 Mr. Nicholas Williams had filled a series of policy and public communications posts in London and in NATO, including as speech writer to three NATO Secretary Generals. He began his career in the British Ministry of Defence working on defence policy and planning issues, with multiple secondments to NATO functions during the Cold War and to the French Ministry of Defence in its aftermath. From 1997 to 1999 he was Assistant Director for Counter-terrorism in the British Ministry of Defence. From 2000-2003 he was attached to the policy directorate of the French Ministry of Defence where he was responsible for developing NATO-EU relations and Franco-British defence cooperation. He was a long-serving member of NATO’s International Staff, most recently as Head of Operations for Afghanistan and Iraq. Prior to this, Nick served in senior positions in NATO, EU, and British missions in Afghanistan, Bosnia Herzegovina, and Iraq. In 2005, he was awarded the Order of the British Empire for having negotiated the first post-Saddam provincial Council in Basra and, in 2007, he was awarded the Queen’s Medal for his distinguished services in Bosnia & Herzegovina. In November 2009, he completed two and a half years in Afghanistan working with ISAF, first as political adviser to ISAF forces in the south, based in Kandahar, and latterly as Deputy NATO Senior Representative in Kabul. During his career he has worked extensively in conflict and post conflict countries, both Iraq and the Balkans. He is an experienced specialist in the field of security issues and conflict resolution. He is a Senior Associate Fellow for the European Leadership Network (ELN) and Vice President of the Academic Board of CERIS-ULB Diplomatic School of Brussels (since 2021).