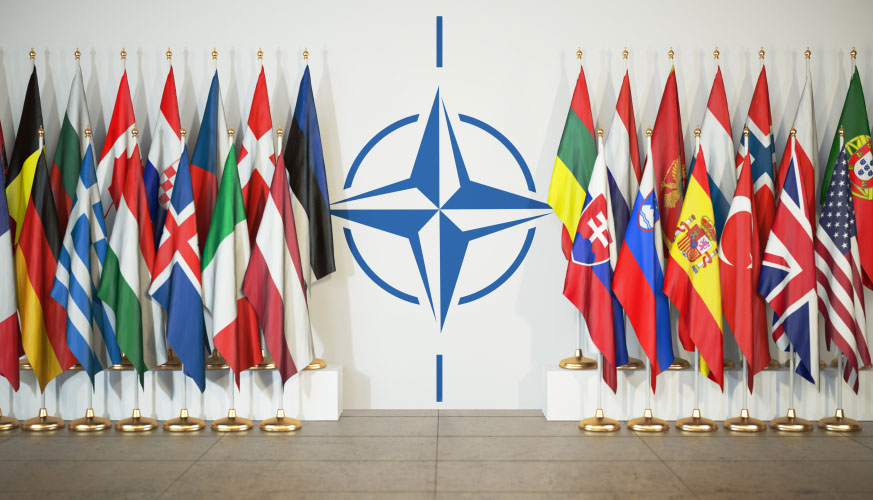 Link : NATO 2030: What price transatlantic unity after Afghanistan and AUKUS?, The Ambassador Partnership

> Nicholas Williams, OBE is a Senior Associate Fellow for the European Leadership Network (ELN). He was a long-serving member of NATO’s International Staff, most recently as Head of Operations for Afghanistan and Iraq. Prior to this, Nick served in senior positions in NATO, EU, and British missions in Afghanistan, Bosnia Herzegovina, and Iraq. He began his career in the British Ministry of Defence working on defence policy and planning issues, with multiple secondments to NATO functions during the Cold War and to the French Ministry of Defence in its aftermath.

> Simon Lunn is a Senior Associate Fellow for the European Leadership Network (ELN).  As Secretary General of the NATO Parliamentary Assembly 1997 to 2007, Simon initiated the Assembly’s program of partnership and assistance to the parliaments of Central and Eastern Europe. From 1979 to 81, he worked in the US Congressional Research Service preparing reports for Congress on NATO strategy and the 1979 INF decision.  After positions at the RIIA Chatham House and the European Parliament, he was appointed Head of Plans and Policy on NATO’s International Staff 1983 to 88 and was involved in force planning and conventional arms control.

NATO has been dealt some heavy body blows of late.  Trump declared it obsolete. Macron “brain dead”.  More recently, the chaotic withdrawal from Afghanistan raised doubts about its competence, not only for failing to anticipate the rapid collapse of the Afghan Government, but also seemingly for having botched one of the Alliance’s main purposes for being in Afghanistan: the training of Afghan security forces to protect the Afghan government against its main enemy, the Taliban.

An even more significant blow to the credibility of the trans-Atlantic relationship was the announcement that the Australians were cancelling a $90bn submarine deal with the French in favour of an Australia-UK-US partnership which would furnish more capable nuclear-propelled submarines to Australia.  This arrangement will have the effect of further militarising the US rivalry with China. EU Presidents von der Leyen and Michel have joined France in declaring that by making a strategic deal with Australia against China without consulting the Europeans, the US has shown its contempt for Europe, and thereby demonstrated the irrelevance of the Alliance as a forum for strategic consultation.  So, this time it seems that the EU is deadly serious about realising its longstanding ambition of Strategic Autonomy, whatever that may mean and whatever the US may think.

The contrast in atmospherics with Biden’s “America is Back’ June NATO Summit is stark.  Six months ago, NATO’s project 2030 to ensure NATO’s enduring relevance appeared to be well on track and warmly welcomed by NATO leaders.  Primed by contributions from a variety of outside sources, the Secretary General was poised to begin drafting a Strategic Concept for a broader and more political global Alliance – “an Alliance for all seasons” – which would be adopted by its 30 members at a Madrid Summit in mid-2022.  There were even ideas of a NATO-EU Summit on the same occasion to demonstrate the unity of strategic vison of the two overlapping organisations.

That was then. The transatlantic trust which must provide the basis for successfully displaying such harmony has since been badly shaken.  Both the the Afghanistan withdrawal and the announcement of the AUKUS partnership have undermined trans-Atlantic unity and represent significant failures in consultation – the very life blood of the Alliance. These failures were all the more surprising as they involved an Administration led by a President whose forté, it is often said, is his international experience and his extensive personal relationships with European allies.

The question now is how much these events will overshadow the rewriting and the subsequent endorsement of NATO’s new Strategic Concept, a road map for getting the organisation successfully through to 2030. Will they weaken the trust and confidence of NATO members in the commitment of the US; constrain a willingness to endorse the far-reaching aspirations reflected in the early days of “NATO 2030”; lead a return to the more traditional and limited functions of collective defence of the Euro Atlantic area?  Above all, will President Macron use these NATO setbacks to press ahead with a maximalist concept of EU strategic autonomy?

Faced with these issues, NATO’s Secretary General, Jens Stoltenberg, faces an uphill struggle.  He initiated his vision of NATO 2030 as his legacy project for when he steps down in 2022, conceiving it as an enduring monument of a strong, united and global Alliance built on the successes of the past and looking for NATO to play a full role on the broader world stage.  Instead, he has a much more daunting task: to hold the Alliance together.  Before reaching consensus on NATO’S future direction, he must first restore trust and confidence among Allies. Moreover, not only has damage been done to the Alliance’s internal cohesion and solidarity, but the public perception of, and public support for NATO has been dented.

The centrifugal forces at play at the heart of the Alliance are unprecedented. The push for EU Strategic Autonomy is probably the most obvious challenge to the concept of an indivisible Alliance. It will probably be the easiest to manage in the short term; diplomatic statements of complementarity can cover up the cracks of incompatibility.

Not entirely coincidentally, and in parallel to NATO’s Strategic Concept, the EU will be completing its own exercise in trying to sketch out its strategic vision, called “The Strategic Compass”, for adoption in March 2022. The Eastern Europeans*  will try to ensure that the EU’s vision of strategic autonomy continues to be a vison for the remote future.  Nevertheless, the debate between the West European advocates of EU autonomy and the East European dissidents will have a divisive effect, within NATO as well as the EU.  East Europeans are ever watchful of moves to shift the focus from Russia as the primary source of security risk to China.  As unreliable as the US has proved to be from a French or German perspective, over the Pacific or Afghanistan, east Europeans would resist any move within the EU or NATO which had the effect of weakening the commitment of the US to their defence against Russia.

In addition, a crisis with Turkey, especially in the eastern Mediterranean, is never far beneath the surface.  Turkey’s purchase of a Russian air defence system, the S-400, in the teeth of US objections is still an issue of bitter contention.  To add salt to the wounds, Turkey, due to its relationship of fragile cooperation with Russia in Syria, has eased up on Russia within the Alliance, often seeking to blunt Allied positions on Russia, considering them too critical. And in an extraordinary development among allies, France has given a security guarantee to Greece which can only be aimed as a warning to Turkey, under the terms of Greece’s recent purchase of frigates from France.

The increasing China-focussed policy of the US is also contributing to an incipient fragmentation of the Alliance.  Notwithstanding Secretary General Stoltenberg’s declarations that NATO will concentrate more on China, many European allies will prefer the softer, less confrontational, strategy of the EU to that of the US.  For many European allies, Afghanistan was a stark warning of the unintended consequences of following the US into uncharted waters.

To add to the centrifugal mix, BREXIT seems to have propelled the UK away from its essential role of trans-Atlantic and European conciliator into a bemused observer.

Thus, in the wake of one of the most unsuccessful periods in its long history, there can be no doubting the magnitude of the tasks facing NATO as it seeks to define its future role. The prognosis may seem gloomy, but it should be remembered that the alliance has weathered significant trans-Atlantic storms before.  Recent setbacks notwithstanding, the fundamental factors that determine the security choices of the transatlantic community remain fundamentally the same. In their search for security, the harsh reality is that there is no ally, not even the staunchest supporter of EU autonomy, which sees an alternative to the collective defence offered by the transatlantic security alliance.

So, the question is now, in the face of such unprecedented centrifugal forces, how does Stoltenberg begin to restore trust and confidence among NATO’s member states.  The development and agreement of the new Strategic Concept will be crucial in achieving this goal.  Stoltenberg can only do what his limited role allows him to do.  He is a facilitator rather than a power broker. The final word lies with the allies, through consensus within the North Atlantic Council.  As the Alliance begins the detailed drafting of its blueprint for the future, the US will need to show that it is genuinely consulting and listening. The Biden Administration’s full engagement, commitment and – above all – conciliation of the Europeans will be crucial.

* Now grouped within NATO and meeting even at Summit level as the B(Bucharest)9.  They comprise: Bulgaria, Czech Republic, Estonia, Hungary, Latvia, Lithuania, Poland, Romania and Slovakia.

0Shares
Prev
We use cookies on our website to give you the most relevant experience by remembering your preferences and repeat visits. By clicking “Accept”, you consent to the use of ALL the cookies.
Cookie settingsACCEPT
Manage consent