Turkey, a stalwart member of NATO, finds itself poised between Europe, Russia, the Middle East and Central Asia, all of which are of all key importance, either economically or strategically. Ambassador (retired) Diriöz will explain how Turkey seeks to find a balance between these sometimes competing interests.  He will draw on his experience as Turkish Ambassador to Moscow in 2016 – 2019, and as former Assistant Secretary General for Defence Planning and Policy at NATO.

On the occasion of the Open Days of CERIS, Honorary Ambassador Hüseyin Diriöz, former Chief Foreign Policy Advisor to the President of Turkey, Former Assistant Secretary General of NATO and Honorary Turkish ambassador to Moscow, Jordan and Brazil, delivered a conference on “Turkey: key country in a changing world” on Saturday, October 22nd, 2022. The ceremony took place in the presence of many ambassadors, the Vice President of CERIS (Since 2021) Mr. Nicholas Williams, the Secretary General of CERIS Ms. Nadia Karorero and the Director of CERIS Mr. Nicolas Cornil. 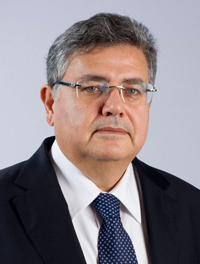