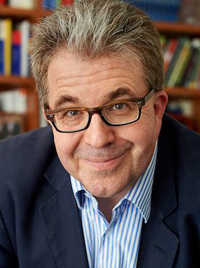 Christian Lequesne is professor of political science at Sciences Po’s Center for International Studies (CERI), where he specializes in European Studies and Diplomacy. He participates in the ESRC project “The UK in a changing Europe” and is Sciences Po’s principal investigator within the H2020 EU-LISTCO project on European foreign policy. Research fellow and then Professor at Sciences Po since 1988, he was deputy director of CERI from 2000 to 2003, and director of CERI from 2009 to 2013. Director of the Centre français de recherche en sciences sociales (CEFRES) in Prague from 2004 to 2006, LSE-Sciences Po Alliance. Professor at the European Institute of the London School of Economics & Political Science – LSE from 2006 to 2008, member and vice-president of the Board of Directors of Sciences Po from 2007 to 2013. He is a regular visiting professor at the School of Government of LUISS University and the Diplomatic Academy in Vienna. Co-Founder and Co-Chief Editor with Prof. Christopher Hill (Cambridge) of European Review of International Studies (Brill), member of the international adversory board of The Hague Journal of Diplomacy, Journal of European Integration; Politique européenne. Member of the evaluation committee of the European Research Council (ERC) in 2017 ; member of scientific councils of the Finnish Institute of International Affairs. Regular columnist in the daily newspaper Ouest France. Was awarded the F. Palacky social sciences medal by the Czech Academy of Sciences and Chevalier in the Ordre des Palmes académiques.