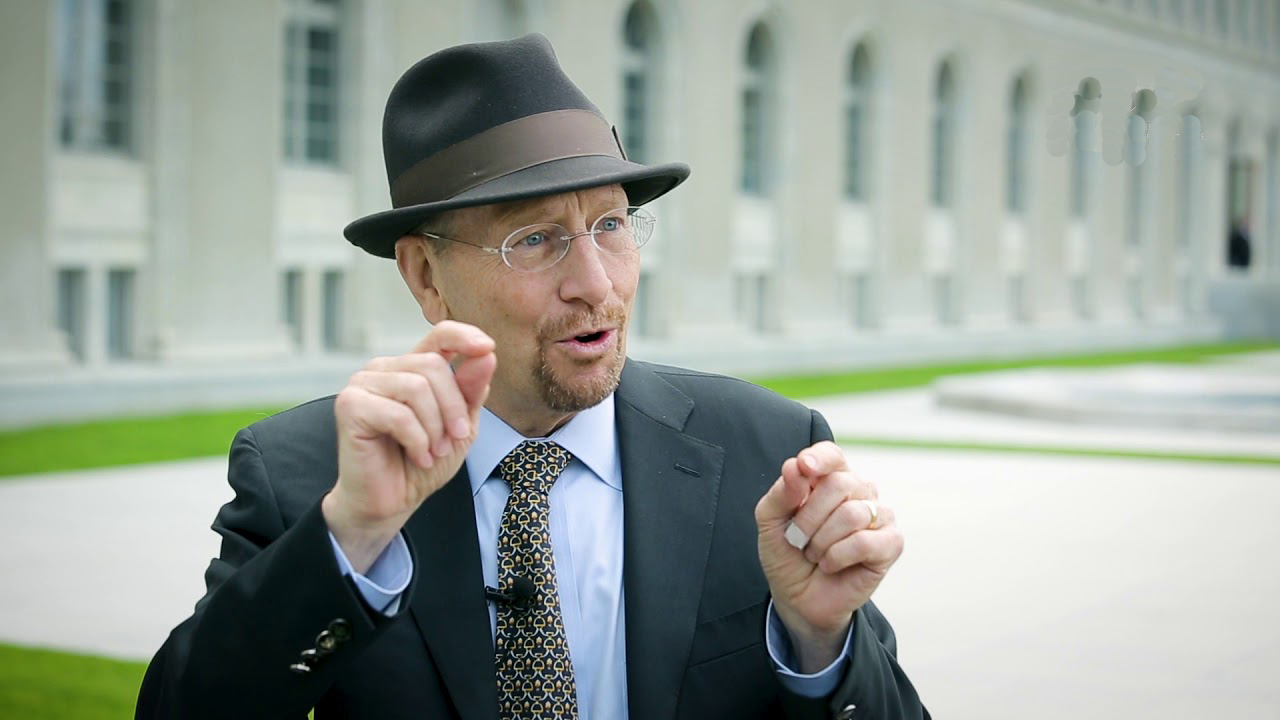 Changes in working patterns inspired by Covid-19 may transform the development path of many economies. The column argues that, as we adjust to remote working, a new era of telemigration may drive demand for globalisation in services. This may be good news for many emerging economies, because they can exploit their comparative advantage in labour without having to manufacture goods.

Due to Covid-19, the present is catching up to the future faster than usual – at least when it comes to digital transformations. In reaction to the Great Lockdown, companies, governments, and workers around the world have radically accelerated the adoption of digital technology, making remote workers less remote (Kilic and Marin 2020). We tend to focus on the impact for developed nations (Philips 2020, OECD 2020, Brynjolfsson et al. 2020), but this may also be transformative for economic development.

In a speculative discussion paper (Baldwin and Forslid 2020), we argued that globalisation and robotics (‘globotics’) is likely to disable the traditional manufacturing-led ‘journey’ of economic development, such as the one China is taking. Instead, it will enable the service-led development journey of the type India is taking.

To date, ‘remote’ has overwhelmingly meant using the same workers, who are located within commuting distance, but technology does not distinguish between ‘remote’ within the same city and ‘remote’ across national boundaries. Certainly, other ‘distances’ matter when it comes to trade in services – things like cultural closeness or local knowledge have value. But vast wage gaps will also matter.

The digital transformation forced by Covid has radically lowered the barriers trade in services – specifically to people sitting in one nation yet working in offices in another nation.

When manufacturing is jobless and services are freely traded

Our paper was based on a thought experiment. We asked: What does development look like when manufacturing becomes jobless and most services are freely traded?

When emerging markets lose their labour-cost edge, growth driven by manufacturing will become a more difficult route to development. The replacement of humans by robots will weaken the traditional path of structural transformation in developing economies, as workers can no longer transition from farm to factory with little or no training (Figure 1).

Contrast the development journeys of China and India.

Since at least the 1950s, development theory has stressed industrialisation as a key to development. China is the largest example of this trade-and-development paradigm. Most of the policy and scholarly thinking about India’s experience was also focused on manufacturing, but things turned out differently. “What India saw subsequently was a most unusual growth pattern for a developing country,” wrote Kauthik Basu (2018), “It was not the manufacturing sector that led India’s growth but the services sector.”

Figure 3 shows the evolution of net trade positions of the two nations in goods, compared to services. Neither India nor China is a major commodity exporter, and so most goods exported are manufactured. The rapid growth period from around 1990 was associated with India becoming a substantial net exporter of services and a net importer of goods. The Chinese experience was the opposite. China’s balance of trade in goods became positive – suggesting that it has a comparative advantage in goods – while its balance in services became negative.

Source: Based on World Bank data

The changes that caused India’s service exports to boom are themselves evolving. The evolution is affecting the nature of service jobs that are offshored.

Telemigration and the globalisation of the advanced economy services sector

Companies in G7 nations use remote workers to perform an increasingly wide range of tasks. These remote workers are currently overwhelmingly in the same nation as their employers, so it is not globalisation – so far.

Wage differences and talent shortages will inevitably cause more companies to turn to foreign-based online service workers. A recent study of the largest internet platform for such work, Upwork.com (Horton et al. 2017), found that:

Of course, cheap doesn’t always win, and not all service sector jobs can be offshored. For accountants, computer programmers, engineers, nurses, and many other service jobs, complete replacement of a domestic worker with a telemigrant is impossible, but some substitution of low-cost foreign remote workers for high-cost domestic workers would surely save money.

And so, how fast will telemigration grow? The pace will vary. Some sectors lend themselves much more easily to integrating remote workers or have more widely accepted standards than others. Government regulation will also help determine what is feasible. But the speed of growth will be faster than most of us currently believe.

As part of this trend to domestic telework, millions of us have taken crash courses in how to use traditional audio-visual telecommunications like Zoom or Skype, but two other technologies are closing the gap between traditional work and telework. They are redefining what it means to work side-by-side with someone. They are going to go a long way towards taking the ‘remote’ out of remote work.

There are other sci-fi forms of telecommunication technology in testing, things like ‘holographic telepresence’. This projects real-time, three-dimensional images of people (along with audio) in a way that makes it seem as if the remote person is right next to you. This is not just fiction – it was used in the 2017 French presidential election and the 2014 Indian election.

The hardest aspects of development are only marginally changed by globotics, because the trade-and-development component of development is not the hardest part. Even in quite open economies, most economic activity is by, and for, local citizens. It requires all sorts of difficult things like good roads and ports, good institutions, good education, good healthcare, trust among citizens, trust in government, and much more.

But the globotics transformation may eventually redirect the way we think about development if our thought experiment reflects real trends. If labour cost-based trade in manufactured goods comes to an end, and services become freely traded, ways of thinking about development will have to change.

We’re not the first to think this. The Pathways for Prosperity Commission’s 2018 report, Charting Pathways for Inclusive Growth, listed ‘Global trade in services’ as Pathway Three. The report lists the main ways to unlock the pathways, the most relevant of which is how governments and businesses can create a digital-ready country. Many of the recommendations are similar to those suggested by UNCTAD in its many publications on e-readiness that have stressed five pillars: enabling digital infrastructure, enabling legal and regulatory frameworks, enabling human capital, enabling finance, and enabling coordination. Mattoo (2018) discussed what the new emphasis on services means for international cooperation efforts, and Heuser et al. (2017) examined the role of services in global value chains.

Others have made policy recommendations to drive development through this channel. A study that focuses on creating digitally enabled jobs for African youths (Mastercard Foundation 2019) suggests ‘no regret’ measures that policymakers could take:

The 2016 ECLAC report, Innovation and Internationalization of Latin American Services, also presents many ideas for how governments should think about and prepare for digitech’s impact on development (ECLAC 2016).

These policy suggestions focus our attention on how services are different when it comes to development mindsets. We recommend three directions to take, and three to avoid:

Comparative advantage trade in a Ricardian model explains trade in goods as a veil for trade in labour services. Digital technology pulls back that veil. The resulting expansion in service trade is likely to be an overall net export gain for emerging markets, and an overall net import gain for developed economies (Figure 4).

The service-led development path – like the one India has taken – may become the norm rather than the exception. Success in the service sector is based on different factors than success in manufacturing, and so development strategies and mindsets will have to change.

But this is a fundamentally optimistic conclusion for developing nations.

Many emerging markets have a comparative advantage in labour, which is low-cost given its productivity. Digitech will allow them to directly export the source of their advantage but without having first to make goods with that labour and then export the goods.

Baldwin, R and R Forslid (2020), “Globotics and development: When manufacturing is jobless and services are tradable”, CEPR discussion paper 14293.

ECLAC (2016), Innovation and Internationalization of Latin American Services, Economic Commission for Latin America and the Caribbean.

Pathways for Prosperity Commission (2018), Charting Pathways for Inclusive Growth: From Paralysis to Preparation.

Richard E. Baldwin is a professor of international economics at the Graduate Institute of International and Development Studies in Geneva, where he has been researching globalization and trade for the past 30 years. He is also ex-President of the Centre for Economic Policy Research (CEPR) and Editor-in-Chief of VoxEU, which he founded in June 2007. He is a research associate at the National Bureau of Economic Research. He was twice elected as a Member of the Council of the European Economic Association. He received a master’s degree from LSE in 1981. He completed his PhD at MIT in 1986 under the guidance of Paul Krugman, with whom he has coauthored half a dozen articles. He received honorary doctorates from the Turku School of Economics (Finland), University of St. Gallen (Switzerland) and Pontifical Catholic University of Peru (PUCP). He was Associate Professor (1989–1991) and Assistant Professor (1986–1989) at Columbia University Business School. In 1990–1991 he followed trade matters for the President’s Council of Economic Advisors in the Bush White House. He worked as an Associate Economic Affairs Officer for UNCTAD in the early 1980s. He has also been a visiting research professor at MIT (2003), Oxford (2012-2015), and is still an Associate Member of Nuffield College at Oxford University.
PrevNext
We use cookies on our website to give you the most relevant experience by remembering your preferences and repeat visits. By clicking “Accept”, you consent to the use of ALL the cookies.
Cookie settingsACCEPT
Manage consent